Shool (1999) is a Hindi movie. Eeshwar Nivas has directed this movie. Manoj Bajpayee,Raveena Tandon,Sayaji Shinde,Yashpal Sharma are the starring of this movie. It was released in 1999. Shool (1999) is considered one of the best Action,Crime,Drama,Thriller movie in India and around the world.

Police Inspector Samar Pratap Singh is transferred to Motihari, in the Indian state of Bihar, along with his wife, Manjari and a daughter. He is honest and diligent and these attributes sets him up against his superior - the District Superintendent of Police, as well as his subordinates and fellow officers. His diligence in maintaining law and order, and his belief in justice for all, regardless of one's background, makes him a powerful enemy in the shape and form of Bachu Yadav who is the local MLA of the ruling political party, and will not stop at anything to get rid of Samar and his family, by hook or by crook, and no one will dare to stop him. 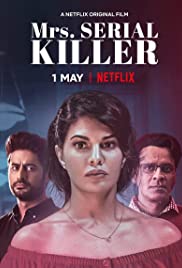